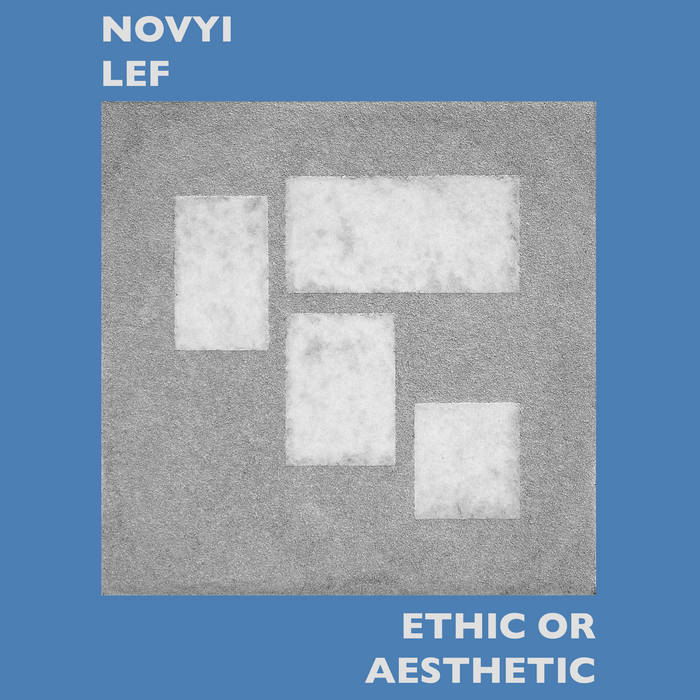 Providing the electronic backbone of the band, Tom's synthesisers rumble and scream, while Euan's powerful delivery of lyrics on art and architecture provides a visceral focal point. Taking their cues from bands like LCD Soundsystem and The Normal, NOVYI LEF present a modern take on art school, post-punk synth sounds, giving you food for thought and plenty to dance to.

Ethic or Aesthetic, the band's first EP, features songs on 20th century artworks, architecture, the politics of housing and the utopian spirit of the modernist movement. Utilising samples of artists speaking and of buildings being destroyed, alongside screeching analogue synths and Euan's passionate vocals, Ethic or Aesthetic is a statement of intent, almost two years in the making. NOVYI LEF are staking their claim as a politically conscious, artistic band, marrying an interest in the aesthetics of the mid-20th century and the ethics that gave birth and meaning to it. They pose the same question as Rayner Banham in his infamous treatise on The New Brutalism – Ethic, or Aesthetic?

All tracks written, recorded and performed by NOVYI LEF

Bandcamp Daily  your guide to the world of Bandcamp

Interviews With Butcher Brown and Slauson Malone, plus LP of the week by SAULT.